This time I will speak rather briefly about stances and the ideas behind them. This does not just apply to the longsword, but is applicable to all weapons. So, without further ado, let’s dig into it.

Joachim Meyer describes stances in relation to the first attack in the following words:

Now the guards or postures are a graceful but also necessary positioning and comportment of the whole body with the sword, in which the combatant places and positions himself when he is the first to come to his opponent in the place of encounter, as often happens, so that he will not be unexpectedly rushed up on and injured by him, but will be on the lookout to guard against him. And as soon as he comes within range of the opponent, he will lay on and cut with advantage and sound skill, and conduct himself against his opponent such that his opponent cannot cut at him without injury… (1)

This is perfectly in line with older sources that teach us to strike first and keep control of the fight by not letting our opponent have the opportunity to strike back. As with the following advise from Hs.3227a:

However, there is a lot more to say about this topic. So what is the point of using stances?

The point of stances

In a sense a guard of course protects you, not so much by it’s position and execution, but by it’s capacity for movement to counter the actions of your opponent and through moving into it from another stance as you deflect an opponent’s attack.

Thus the guards find their roots in movement rather than actual protection. However, that movement itself finds its roots in the openings of the opponent. Meyer describes it in the following words

Now as I have said before, the postures or guards have their origin in the division of the combatant, for as the combatant is divided in to four quarters-high, low, right, and left-so there are four openings in which the opponent is chiefly to be hit; and like the four openings. there are also four chief postures or guards, from which the others all originate and arise, that is the Ox, Plow, Day,and Fool. (3)

However, we simply shouldn’t stand still in a single stance for long. Quite the contrary, we are told to keep moving. In Hs.3227a again, we read:

Here he mentions four guards [Leger or Huten] that are valuable. But before all things, remember that you should not remain too long in one guard. Liechtenauer has a saying “He who is still, is dead, he who moves will live”. And from these guards comes the understanding that you should move in swordplay, and not wait in a guard and thus waste your chance. (4)

Now a good combatant should not expect to wait long in his posture, but as soon as he can reach his opponent he should attack him and carry out his intended device. For long waiting requires many parries, from which it is hard for a man to come to strike (5)

Simply put, the stances, or guards, are your ultimate positions of control and power. They are natural ending positions as you strike and thrust, regardless of if your blade moves freely…

Thus whenever you go through one of the [cutting] lines, you always find at least three postures. (7)

Especially with forward-heavy weapons like single-hand swords and polearms you should normally not struggle against a parry, but let it follow through naturally to its closest stance. Again, turning to Hs.3227a we find

And this you will do well from the displacements [Vorsetczen] that comes from the four strikes, from each side an upper strike [Ober] and an [Unterhaw] and into the four hangings [Hengen]. Since as soon as you can displace [Vorsetzt] from above or below, then you shall come into the hangings [Hengen] at once. (8)

Meyer, speaks of this similarly but also adds

Now since in all combat, whatever you should cut, work parry, or execute by way of work you must not remain in one guard, but always move from one to another and transform one into another… (9)

Furthermore, the stances provide good balance and stability, but more importantly they are also your crossroads for choice. Through them you find it the easiest to observe your best course of action, and if needed change your action. In Meyer’s words

The postures are also very useful for the classification of the devices; for if one comes into a posture in the Onset, he can at once remember what devices to carry out from that posture.
– – –
And lastly in this context, it is also useful and good to be readily able to perceive and recognize the technique your opponent might execute against you, and encounter him more appropriately. (10)

However, like with a real crossroads, it is on your way there that you observe the situation and when you arrive at it, you just execute your action and turn to where you need to go. You don’t decide when standing still in stance, but on your way to it.

And so that you may always be more mindful in this, the postures have arisen, which are essentially just a lingering or holding of the weapon in the furthermost place, to which you have come in pulling up for the stroke, so that before the cut is fully completed you still have space in the middle of it to decide either to complete this cut according to your first intent, or that it will be more useful to turn it elsewhere; thus you will miss no opportunity that arises in the Before and After, rather (according to the admonition of the word Instantly) you can be shrewdly mindful of every opportunity. And the postures or guards arise from this, as I have said. (11)

… but also that after you have pulled up and gathered yourself for this stroke, and at that moment shall send the stroke forth, you shall linger in that furthermost point for just a bit, almost only for the blink of an eye, to reconsider whether it is worth completing
—
Now as regards the postures, I would not have you remain long in any of them, since they are not invented or devised for this purpose, but so that when you draw up your sword for a stroke, and it is time for you to cut in the middle of pulling up as you gather your joints, you will know how to send your sword at once quickly back against him when you reach the furthermost point in drawing up your sword. (12)

or as Miyamoto Musashi puts it in his famous Book of Five Rings:

Whatever attitude you are in, do not be conscious of making the attitude [stance], think only of cutting.  (13)
– – –
However you hold the sword it must be in such a way that it is easy to cut the enemy well, in accordance with the situation, the place and your relation to the enemy.  (14)
– – –
Placing a great deal of importance on the attitudes [stances] of the long sword is a mistaken way of thinking.
– – –
In the way of duelling, however, you must always be intent upon taking the lead and attacking. Attitude is the spirit of awaiting an attack. (15)

Movement between the guards is closely related to time & space, and the related concepts of Vor & Nach (as Meyer defines it). While movement is a good thing when done right, it is also potentially a danger to yourself as you through it lose some degree of control once you are committed to your movement.

One of the biggest dangers thus lies in being inbetween proper Vor and Nach, i.e. before an action is fully completed or right after it is, as you are then exposed to Nachreissen (Acting after) and the Verstüllen (Forestalling). Through these you can hurt or be hurt regardless of who is in Vor and who is in Nach.

… instead when the opponent works at his openings, either he makes himself open, while the combatant deprives him of the opening he expected to have with a step forward or around; or at least when the combatant is provoked from his advantage through this attack, he can take out his opponent’s blade to hinder and intercept him in his work. (16)

It is about completion of movement and awareness of situation and weak and strong potentials in the Vor and Nach, ie what are good options for acting.

For daily experience attests how much depends on the opportunity, and especially in combat, since no technique, no matter how good it is, may be usefully carried out, if it is not used at its proper time. (17)

Consequently, there is also a greater safety coming into proper stance, but that doesn’t mean you should remain in it for long.

Furthermore they serve not only for graceful and proper changing from one posture into another, but also for deceiving of the opponent, and to make him confused and uncertain what he should execute against you. (18)

Next time we will turn to the topic of dynamic shifting gripping of the sword, a rather neglected topic that many of us really need to study more. For that article there will be some videos too. Finally.

If you haven’t already, then I strongly encourage you to read the earlier articles in this series as they are all dependant on each other.

Until next time, thank you for taking the time to read this and feel free to comment and share your ideas! 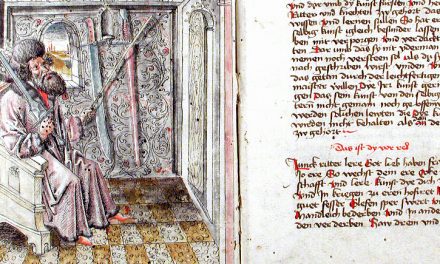