Learning may be tough, extremely tough… Time to wise up!!!

Throughout my years involved with martial arts I have seen, time and time again, instructors in the most varied arts who spar effectively but do not know how they do it.

The reason I say this has to do with the fact that:

Relatively recently I came across yet another example of this. As I was observing two senior instructors performing a flow drill, I noticed that their visual strategies differed. While one looked straight at his opponent’s weapon / upper limbs, the other looked straight at the opponent’s face, even when parrying.

Funny enough, of these two senior instructors, the one who directed his eyesight towards his opponent’s weapon / upper limbs does not recognise that he does so (and therefore does not teach it that way) and, in live sparring, is the better performer of the two.

For me, the main things to take from this are:

So far I have tried to alert readers to the fact that, on many occasions, instructors are not aware of how they perform certain details of their techniques and, to make matters worse, they even develop misconceptions of how they perform – which is what they end up prescribing when teaching.

However, sometimes there are exceptions to this.

When it comes to biomechanics, and as I explain in greater detail in my book on footwork (www.pretomartialarts.com), there are two distinct variables people need to be aware of:

This leads us to the main issue I wish to focus at this time. Does anyone expect an old Michael Jordan, Andre Agassi and so forth to perform with the same degree as their “younger versions”. Surely not, as their physical abilities start “losing some ability”.

Nevertheless, this is what happens in martial arts. As instructors grow older they are looked upon as being like a bottle of wine, as in that they get better with age. Though this may be the case regarding tactical analysis of combat, ability to effectively diagnose errors, etc, it doesn’t apply to their own ability to execute.

Furthermore, between a low kick to the shins and a high kick to the head, which one has a greater potential to spice up emotions amongst students or on lookers?

Undoubtedly the high one.

But which one is most difficult to perform with proper body alignment?

Therefore, making a long story short, sometimes instructors might be prescribing their students with the correct principles of body alignment, though they themselves can no longer perform them due to their age related loss of physical abilities.

Then, how to make sense of this and understand which scenario we’re being presented with at each time?

Well, as much as I’d like to give you an easy formula to solve this, the truth is that each situation must be analysed individually.

Therefore, it is because of this that, like in any other professional field, quality instruction is extremely useful but, at the same time, since it requires a great deal of study and personal investment from instructors to be developed, it is not that common ends up being it more expensive. But mind you, more expensive if one only looks, for example, at the price per lesson. Finding a cheaper instructor so as to pay less per lesson and, after several years of training, still being mostly unsuccessful within live sparring practice, ends up being a worse investment and, therefore, more expensive. 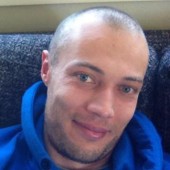