All these can be tied together in a cross-cutting exercise called the “Kreutzhauw“.

This is a simple parrying exercise where you start from the two Oberhut, somewhat corresponding to the longsword guards Tag and Ochs. The exercise means that you start in one of the two guards and can parry with a strike into any other guard.

Note: This clip should be replaced since it didn’t quite turn out as I wanted to. I should have restricted myself more clearly to the two Oberhut and more tightly to using Zwerch-like parries.

This is a simple parrying exercise where you start from Unterhut and Steürhut. The exercise means that you start in one of the two guards and can parry with a strike into any other guard.

This is a simple parrying exercise where you start from Left Nebenhut and “Wechselhut“. The exercise means that you start in one of the two guards and can parry with a strike into any other guard.

Note: Wechselhut is not a guard that Meÿer mentions in his text, but he shows it in his illustrations and we believe it is implied in some of the stuck where you are told to let the staff pass by your right side and continue with a strike from your right. The only reasonable way to do this is by passing a stance like the Wechselhut. The guard is of course also used and named with other weapons both by Meÿer and other masters.

Parrying from all “Kreutzhauw” guards

This is a continuation of the preceding parrying exercises, but here you are free to chose to start from any guard which will give you a natural pattern to work continuously from.

This is a simple technique where you strike into the Gerader Versatzung from any “corner” guard. The goal is to try to keep your point inside, or just outside of your opponent’s contours, so you can follow up with a thrust. You do not have to strike his staff away. You can simply stop in a bind and in a way that is preferrable, but it is hard to do.

As opposed to the Schlagen, you do not stop in the Gerader Versatzung here, but let the staff continue in a circular motion so you can counterstrike from the same direction that you launched your parry. This is called Umbschlagen, i.e. Striking around.

This technique looks simple but is tricky to master. It starts from a weak bind. This is important, as it will not work with a stong bind.

Meÿer gives us no real definition on HOW to do this, so it is conjecture based on our understanding of how the Krumphauw and Duplieren are done with a longsword and as defined by other masters.

Basically this means that we use a forwards spiralling motion in our thrust that gives us increased leverage and if successful really opens up our opponent’s guard.

As opposed to the preceding Ruck ALL the following techiques require a strong bind. To lure your opponent into binding hard, you can first make a short thrust…

The two techniques Schnappen and Zucken are similar but done a bit differently. Here both actions are performed from a strong bind and involve yielding to the pressure from your opponent, by leaving the bind. The difference is that while Schnappen uses the pressure from the bind for increased speed and power, Zucken does not and instead tries to find a shorter way to attack.

The Zucken can be done in many variations (even from a weak bind), but in common  for them is that you lift off from the bind, pulling the staff back and attack on the other side of his staff. One way to do it is to simply raise your staff towards your left shoulder towards Oberhut and as you gain the angle to strike down inside his stiff you either hit his staff, his hand/arm or his head. Hitting the former can of course also be followed up with a strike to the face.

Note that I am exhaggerating the movement quite a bit with the Zucken, to emphasize that I strike from the same side, ie from my left. You can of course also strike from your right side.

The Schnappen again involves meeting strong with weak by letting your staff fall down by your left side and continuing with a circular strike from your right side.

Again, from a strong bind, here are four techniques for changing sides, Dürchwechseln.

1. Simple durchwechseln. Change under and thrust on the outside of your opponent’s staff.

2. The counter for if your opponent does this to you, is to simply thrust straight into his head before he completes his durchwechseln.

3. However, you can intentionally do a slow dürchwechseln, giving your opponent an opportunity to thrust at your face, but as he tries to do that you strike his staff away towards your left side and then follow up with a thrust or strike at your opponent.

4. The double Dürchwechseln is shown in the 2nd clip, and is a faked dürchwechseln where you change back to the side you started from as you see that your opponent responds to the first by trying to bind or parry.

These two are basic parries from a strong bind with the terms used as defined by earlier masters, instead of Meÿer himself. We do this for simpler communication’s sake.

Absetzen simply means that you push your opponent’s staff aside, commonly as he thrusts in at you. It is used as the first movement in Winden or Überschiessen.

Winden is similar, but you try to keep your point aimed at your opponent so you maintain a threat and so you can thrust as quickly as possible at him. Unfortunately we were out of time when recording this and didn’t do it properly. As can be seen, I didn’t maintain the bind in the thrust, which is simply bad.

These two are deceptive attacks.

The Überschiessen Stoss (Shooting over thrust)  is initiated like an absetzen and your opponent will likely expect a Winden Stoss (winding thrust) from the inside, which forces him to press strongly against your staff to try to displace your attack. However, you meet this by stepping in with a strong absetzen continued by moving your point over his staff and a downwards thrust against his belly.

The Trück is done by leaning in and lifting your staff while setting your point to the side. Your opponent will feel safe as his point is still aimed at you, although above your head and your point is clearly off-line. But, while leaning in you gain a stronger bind and by snapping your rear hand into your armpit you gain the super-quick leverage you need to be able to thrust him straight into his face.

Here is a list of all techniques and in what stucken they are shown:

Here follows a list of all the techniques used, with variations in the various stucke concerning the Halben Stangen: 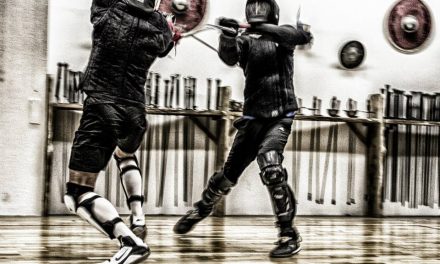 When to hit hard in HEMA 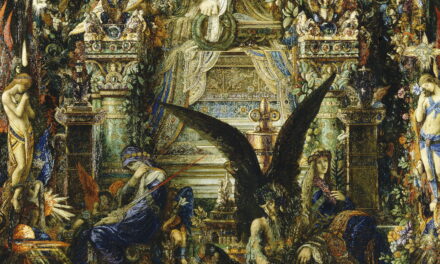 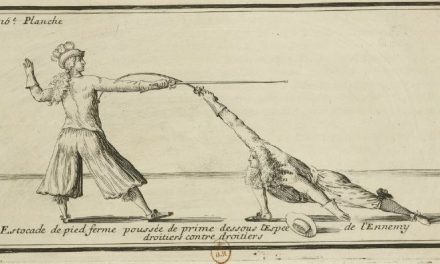 A short note on strengeren, or “gaining the blade”.