Forerunners of the Fechtschule Pt I : Antiquity

“An average, foundational knowledge of the past helps us understand the 14th-16th c. Fechtschulen […] that’s why we need researchers and people vested in recreating and reconstructing the Art of Fencing with a large view of the period in scope of their (the arts) past.” – Mike Cartier, MFFG, 2012

I. Intent and Scope

The Fechtschulen or ‘Fencing Schools’ were combat sport events that purposefully emulated their historical predecessors as public spectacles attempting to maintain martial arts training traditions that date back to Ancient Greece. Some argue these Fechtschulen events for the Middle and Lower classes were pure sport and spectacle with little value for the Ernstfechten (lethal fighting) of the day. This assertion is done without historical context given to sport, martial arts, and combat sport as their interrelationship eventually helped to create the Fechtschulen, and is important to the preservation of German martial culture. Likewise, neglecting the lineage of all combat sports places the historical Fechtschule and any modern reconstructive efforts in a fog of ambiguity, divorced from their own heritage.

There were several contemporary (14th – 17th c.) combat sports that directly or indirectly impacted the creation and organization of the Fechtschulen, such as the Schirmschulen.1 Each of these combat sports will receive a light gloss highlighting the event’s importance to the Fechtschulen and its place in history in the second part of this article. Before working to define and place the appropriate historical significance to those combat sports, their forerunners will be covered.

For the purpose of this article ‘Sport’, are games or activities conducted primarily for entertainment with no or extremely limited intrinsic military or martial comparative value.

The intent of a sport activity then is its defining feature. The difference between 16th century tennis or bowling for example when compared to ‘combat sports’ like wrestling or tournament sword bouts of the same era is clearly brought into focus.

Combat sports have always been an outlet for the war arts. These games or sports allowed warriors or soldiers the means to safely practice their martial skills, and to earn social accolades without the necessity of death. The control of the art(s) of war are done with restrictions, i.e. rules. These restrictions to the art of war were in keeping with the goals of its combat sport ie. not killing one’s opponents, to display martial skill with no overt advantage (arms and/or armor) over an opponent, the maintenance of previously acquired martial skill and physical prowess, and the slowing of the inevitable degradation of one’s warrior mindset in times of relative peace.

First, as Professor Thomas F. Scanlon attests in his section of the book, Sport in the Cultures of the Ancient World: New Perspectives, we have to quantify what is meant when one speaks to the sporting events of ‘antiquity’.2 Items of Greek and Roman origin have long been associated with and assumed by the use of the term ‘antiquity’, however these two cultures were far from the first peoples to practice or ‘invent’ sport. In fact some Greek and Roman sports were influenced by the Egyptians (ex. stick fencing fan a’nazaha wa-tahtib),3 Sumerians (ex. boxing and wrestling),4 and Hittites (ex. jousting, boxing, and wrestling);5 who all held regular festivals with ‘sporting’ contests.

Antiquity for the purpose of the exploration in this article, is the majority of the Classical Period (8th century BCE – 700 CE). These combat sports, specifically those of Greek and Roman origin, are particularly important to cover due to the beliefs of the people in later eras as they impact the fechtschule.

The impact was still felt in the 16th century from actions of the cultures and societies in Antiquity. Take the works of Meistersinger Hans Sachs6 and Augsburg fencing historian Paulus Hector Mair (1517-1579) as exemplars. Mair reported that his contemporaries commonly believed several romantic ideas surrounding deities and the origin of the Art of Combat.7

In his book Mair offhandedly discounts other people’s beliefs that the Roman messenger god Mercurius (Hermes) or the demigod Pollux (son of Jupiter/Zeus and the Spartan queen Leda) as viable candidates for the inventors of the Art of Fencing or Kunst des Fechten.8 The idea of Mercurius’ involvement in the formation of the Kunst des Fechten was still prevalent nearly fifty years later as the 16th century Marxbrüder and Meister des langen Schwerts (Master of the Longsword) Christoff Rösener (copying lines of Hans Sachs’s Der Fechtspruch) stated, that Mercurius received victory laurels for his efforts training men in the techniques of the war arts and was the first to create and host a Fechtschule.9

Mair also writes that the majority of historians (and by the written tone, he himself) believed that knowledge of the Art was spread by Herakles; and by the Athenian warrior King Theseus, who had been taught in person by the Art’s creator, his pedagogist Phorbas. Both figures were seen as important progenitors of the arts of war, as well as gifted athletic champions.10

Similar statements about King Theseus are found in De Veris Principiis Artis Dimicatoria by fencing historian and Junker Heinrich von Gunterrodt.11 Both of these statements however are likely misattributions; in the primary sources (namely the Athenian Chronicles of Attika by the so called Atthidographers) there is no mention of Phorbas as a swordsmen or master. Phorbas in those and other ancient writings was alternately considered either Theseus’s wrestling instructor (and consequently the inventor of that Art / Palé); or he was seen as a warrior charioteer who learned wrestling from Theseus.12

The deeds of Theseus, on an Attic red-figured kylix, c. 440–430 BC, Greece © Trustees of the British Museum

In the period of active Fechtschule, the Art of War was clearly influenced by the Romans and the Greeks, even if the methods of fencing were themselves far removed. As an example we need only look to the popularity and influence of Epitoma re militari in the Medieval and Early Modern Period to get a sense of the popularity and influence of the Romans on the culture. 220 full copies and 100 more fragments of Vegetius’s work still exist, easily placing the work in the top five classical works copied in the Middle Ages.13

Moreover Roman thought, politics, governance, and mores were also still keenly present in most aspects of 14th – 16th century European society, just as the Greek art, philosophy, and symbolism were.

The Forerunners of the Fechtschule: Antiquity

The Forerunners of the Fechtschule: The Knightly Tournaments 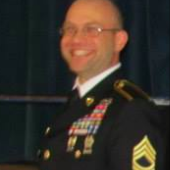 Brief notes on fencing, from the military treatise of Giovanni Alberto Cassani (1603)

How do you grip a sword?

The Cuts of the Bolognese School of Swordsmanship