A couple of weeks ago when I was reading the excellent manuscript  “La Scherma” by the maestro Francesco Ferdinando Alfieri (1640, translated and edited by Caroline Stewart, Phil Marshall, Piermarco Terminielo), I was highly impressed by the chapter: “ How to proceed against a timid, reckless, phlegmatic or choleric opponent”.

As a general rule he writes: “If we conduct our attacks against these opponents in the same manner, without distinction, then we give clear notice of having little knowledge or even experience of fencing and we will only learn from the hurt our enemies inflict….”  In three sentences only, maestro Alfieri successfully embodied one of the most important things in battle: tactics.

I am not going to analyze his methods of fighting against these four types of opponents –you can buy the book and read them yourself! – but it is interesting to examine each one of them separately. I would like to say here, as it also noted in the book, that Alfieri‘s categorization relates to Hippocrates types of human idiosyncracy : blood-sanguine (reckless), yellow bile (choleric), black bile-melancholic (timid) and phlegm (phlegmatic).

I guess it is quite obvious who is the most dangerous opponent: the phlegmatic. Well, is he? If we look at a duel in a sterilized environment and on almost clinical terms, then yes the phlegmatic is definitely the most dangerous. He is in control of his temper, he‘s got technique and uses tactics in order to expose the vulnerabilities of his adversary. But…..duels and fights are happening between human beings. The non-predictability of the human nature and the changes in temperament are things we have to take into consideration. Therefore the most dangerous opponent is yourself!  Who can predict the reaction of a timid one when despair has taken over him? Who can predict the speed and strength of the reckless or the blind rage of the choleric? Human nature (and Luck) are the reasons which prevent us to systematize completely any form of martial art.

The decisive factor in a duel or a battle is not courage, or strength or morale or bravery etc. All of the above are very important in defining the outcome, but the most important factor is tactic!

So, we return to the maestro’s advise: do not use the same tactic for every opponent.

Quite often tactic is confused with technique: I will do this and if it does not work I will do that or I will do this technique because he is slow etc. This is wrong. Fighting tactically does not mean that you throw a dozen techniques one after the other! In a duel (or a tournament fight which simulates a duel up to a certain level) you might be able to use 2-3 or even 4 techniques….

Technique is part of a tactic, as tactic is a part of a strategy. Tactic consists of a variety of calculated actions and moves in order to create cracks and gaps on your opponent’s defense and expose his vulnerable targets, so you can take advantage of them and claim victory.

Strategy is a more complete plan concerning the fight, which may include various tactics, which in turn may include various techniques. A battle or a duel or a game is a complicated event whose outcome depends on a variety of aspects and elements and not only on the physical abilities of those involved.

But let’s concentrate on the things we care most about: the duel (as in the manuals we study in Hema) and the sport tournaments (let’s leave the battles to the generals…) and especially the use of tactics in both of them.

In a duel or a sport game the fighter has to decide very quickly which tactic to use (There is a big difference between a duel to the death and sport fight where the winner is decided by hits or points. Even if the sport is a simulation of an actual duel the emotional stress and pressure cannot be compared. The physical and mental state of the duelists when their life is at stake fighting with real weapons and not trainers, is completely different).

So we are accepting the fact that you do not have any knowledge of your opponent. You have not seen him (her) fight and there is no other information from third parties (In your club where you all know each other it is a lot easier to develop a tactic against an opponent since you have a lot of information). We are also ignoring external factors like: fighting ground, light, etc.

We are starting from level zero! First immediate piece of information: body type (in duels and tournaments there are no weight categories). Tall or short, slim or fat, strong or weak and how this is related to your own body type. This is the first information you receive the minute you will see your opponent. A tactic has already started taking shape. Maestro Alfieri in La Scherma has a lot of suggestions on how you deal with each type accordingly.

But this information is not enough… The fighter must find a way to extract more information in order to shape his tactic. Therefore he has to lure his opponent and make him  reveal information on his temperament, his physical abilities and his knowledge of the art.

German fight masters used the derogatory term Büffel  (buffalo) for fighters who entered the fight like raging bulls, ignoring their defense and the abilities of their opponent, trying to intimidate with their strength. This might work on a timid opponent and as we described above, but not always. The Büffel is the type of fighter who uses a tactic based only on the information he has for himself and not his opponent! The Büffel is an example of what NOT to do!

Your first attacks must be investigative – acting with safety – even fake in order to observe the reactions of your opponent and shape your tactic. Do not rush in with 100% of your energy and speed! Try different angles, different attacks, close-open distance, tempt, feint! My personal opinion on facing an opponent I do not know would be even to ignore open target attacks as they may be baits… (In the Segno of the Maestro Fiore Dei Liberi in his manuscript Fior Di Batagglia , 1408-10, and more specifically above the head of the “segno-man” there is a Lynx holding a pair of compasses  writing: “No other creature can see clearer than I, the Lynx, who always bring posture and measure”. The maestro considers prudence and caution as a part of the fine qualities a fencer/fighter must possess).

So in a very short period of time you can decide on your tactic by processing the above valuable information.  After of a couple exchanges of blows, you have formed an opinion on how your opponent fights therefore you have to act accordingly. Of course during the fight everything can change, either because your opponent changed his ways, or because your estimation was wrong. As long as you have not fallen victim to your opponent’s trap then you can re-evaluate pretty quickly…

Perception will help you to observe quickly and accurately. Experience will help you to process information correctly and choose the right tactic. Knowledge will guide you to pick the correct technique from your “armory”!

A friendly advice before I go: in a formal fight do not use techniques that you do not know so well! Use what you know with proper tempo, measure and placement! Train, practice and experiment at your club. Perfect your techniques during friendly bouts! Remember that the good fighter is not the one who knows 1000 techniques but the one who can use properly the techniques he already knows!

P.S. The above article was published in Greek Language at my personal blog (http://theartsofmars.wordpress.com) in September 2014. 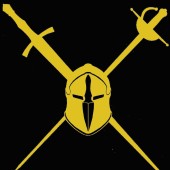 Preceptor of Academy of Hoplomachia Co-author of the book "The knightly Art of the sword -Hoplomachia in the Medieval and Renaissance Europe" (language: Greek) General Secretary of HFHEMA Member of HEMAC & The HEMA Alliance