Use of opposite hand and muscle imbalance

A fellow HEMAist shared some thoughts the other day on an important topic; muscle imbalance. But, what is muscle imbalance? The Medical dictionary (2015) describes it as:

a deviation in normal facilitation or inhibition of muscle resulting from a physical, mental, or chemical stressor and often leading to further related imbalances and joint dysfunctions that may take months or years to manifest.

The most common example of muscle imbalance is the over training of the biceps while ignoring triceps or ,the even more common example, training the abdominal and chest while completely ignoring the back and legs. This makes the body unstable and could cause back pain.

Most HEMA practitioners, to my knowledge, do not undergo rigorous training sessions with professional health experts that would instruct them on how to use their body, what to train and how to stretch. I presume that most get their training from HEMA sessions and do no other, or do a small amount, of other physical activity. This leads to an imbalance in muscle development that could hinder movement due to the shortening of the muscles and hold various other health problems. (What is muscle imbalance, 2015)

Some historical sources suggest the use of the off hand, or non dominant hand, during one’s regular sword training to balance muscle growth as well as to perfect your technique. This might also be associate with some ideas of switching the grip mid combat to confuse your opponent.
Some sword masters said that this would be a good idea but I have my doubts.

If by chance you have read Alen Lovrič’s article on Skill vs. strength training (2012), there is a large section on motor muscle memory. Lovrič describes motor muscle memory as “the more you repeat a certain action, the better you get at it.” One part in particular that should be addressed is that motor muscle memory, in essence, re-maps our neural pathways. Meaning, our body adjusts to that specific or similar movements. This could effect the learning process of those similar movements in either a positive or negative way.

Using off hand for muscle balance

This begs the question if we were to learn how to use a weapon with our other hand being the main hand, would this benefit our skill and muscle training? First the easy part, the muscles would most definitely benefit as it would reduce muscle imbalance. This, in turn, would lead to a healthier body with less problems, especially concerning the probability of getting spine deformation, known as scoliosis, that could also lead to chronic back pain (Physiobook: Scoliosis, 2015). Muscle imbalance can make your spine deform in such a way to compensate for the weakness of some of your other muscles. Example; a weak abdominal wall but strong back would make your spine disfigure in a way where your hips would be thrusted forward while the upper body would be aligned to the back. An example of the posture is in picture one, sway back.

Muscle development would also develop motor neuron excitability and induce synaptogenesis (Lovrič, 2012). Meaning, you will be more prone to learning physical skills at a faster rate. This could also be the reason why people that were in sports since their childhood can adept to new sports much easier than those who didn’t.

The second problem is skill wise. A number of martial artists find that using both your dominant and non dominant side would make you an all around better fighter. But would it really? Some studies suggest that altering your hand movements from the dominant to non dominant side could, in fact, cause depression and confusions. This can be seen with adults that were forced to write with their right hand even though they were at first left handed (Bias against left handed people, 2015).

Could this be translated into martial arts? Maybe to a degree. If a person just started doing HEMA, like a child just started to learn to write, and was about to learn using both his right and left hand for sword movement as the dominant hand, he would most probably confuse his brain and body as they would try to connect and perform what the action requires. What exact effects would occur is unknown to me.

If we were to compare a new HEMAist learning both sides with a child learning to write that is forced to use his off hand, then we could expect the HEMA equivalent of dyslexia, learning disorder, stuttering and speech disorders (Bias against left handed people, 2015), whatever those may be. My assumption is reduced motor control while performing basic actions such an Oberhaw, meaning lack of accuracy. Also, confusion might occur while changing from short to long edge or any other actions which require fine motor control also known as the usage of fingers (Fine motor skill, 2015.).

However, there is another factor. What if the person was to learn to use the off hand after years of perfecting the main hand? At this state, the movement from the main hand would go from long term memory to motor muscle memory or also known as long term muscle memory. This means that the person would not think about his actions anymore, but would just do them “instinctively”.

So, would at that stage learning to use the off hand cause harm to the usage of your main hand? I can’t really say. Little research has been done on such a topic. I would suggest that there shouldn’t be any problem with learning to use the off hand after mastering your main hand. However, I also suspect that there will not be any advantage when training your off hand in order to advance your main hand skill wise. Perhaps there will merely be a more relaxed physical and psychological state during sparing as your off side of the body will not be so foreign anymore compared to only training with your main hand.

Further studies are needed in order to reach a conclusion. For now I suggest training mostly your main hand with additional functional training in order to reduce muscle imbalance while also stretching the muscles after the work out in order to not shorten them. 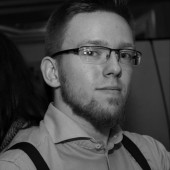 Sven Horvatić is fairly new to the HEMA community but always showed great interest in swords. As most HEMA practitioners, he started when he was just a kid, flailing sticks around. Since 2011., when he first heard of HEMA, he started to completely turn his life around. Main hobbies became fitness and nutrition as well as the long sword. Starting from 2014. he became interested in the side sword as well as Jogo Do Pau. He is currently the vice-president of "Ars Gladiatoria" Zagreb, mostly managing public relations. He is also the co-instructor at Ars Gladiatoria, teaching the long sword and offering any advice one might need in their training.

An overview of the Iberian Montante

Fechtordnung of the City of Solothurn