“Smallsword as a style of your life”

To begin examining this weapon we can start off with the famous quote from the Biblical parable:

Alfred Hutton in 1901 in his work The Sword Through the Centuries wrote:

“The large handsome rapier of the Mignons and the Musketeers dissappeared, and its place was taken by a decidedly short weapon, the early from of that which is known among us men of to-day as the small or Court sword. The sword-makers were sorely puzzled to invent for it a blade entirely satisfactory, and it took a hundred years for them to reach its perfection in the shape of the light, elegant, wicked little triangular bodkin of about the year 1770.”

This weapon has many names, and starting with its early period it appears, named by modern historians transition from which it was called transitional rapier to the most famous name true small sword, where it finally gained the most well-known to us the outlines which are similar in the most European countries. Almost without saying a word, historians assign small sword to a period from about 1660 to 1800 BC, when it was finally formed functionally and gained an unique appearance and socio-cultural significance, going beyond the banal means of resolving disputes in a duel or use exclusively in combat.

Transitional version of rapier is often classified in many collections as flamberge. In French, the word flamberge has become synonymous with the French word – sword (Litre). The name flamberge can be found in the works of  famous writers and fencers Egerton Castle and Alfred Hutton. Although Castle calls “the origin of the term is vague” we can assume that it could appear due to borrowing by Moliere “Mettre flamberge au vent” (“take the sword out of its sheath”), a satirical expression describing a graceful and majestic process of pulling out a small sword from its sheath, as if in the hands there is the legendary sword of Roland.

Objective or subjective necessity has led to the fact that flamberge might not quite meet all the needs of their owners, and perhaps by chance, was called pillow sword, and the Germans Kopfkissendegen. Is this related to the name of the need to really keep the sword is always at hand, even at night next to the bed or under the pillow, while the more massive and bulky hilt rapier is clearly not suited for this – who is now going to say…

“From left to right … the first and Fifth, steel hilt. Second and fourth – the silver, and the third – a combination of steel with a silver gilt winding. ” From the sight www.Guns.ru

Representing a more refined, light and thin arms, the diversity of its urban slang names filled up a human life with a lot of synonyms of the phrase townsword. In the Swedish inventory list 1665 such common weapons were aptly named as walking sword. In the portrait of Swedish poet Georg Shtirhilma 1663 a similar pattern of Promenierdegen might be observed. Today, weapon for self-defense, such as pepper spray and traumatic gun at anybody not surprising. But the idea of civilian weapons were born at a time when, along with a scented handkerchief English gentleman and the French nouveau riche have fastened on the belt an elegant 30-th inches long “needle”.

French man is ready to walk with Parasolka, cane, coupling and smallsword – essential attributes of modern and fashionable person. Engraving, circa 1782.

Subsequently, the French have presented this “toothy animal” by a number of eloquent titles. In skilled hands of duelist the subject was épée de combat,  in response to court etiquette it became known as épée de court and for the city slickers in the wonderful frame of bows it was none other than épée de ville.

There were such options, which are still surprise us by its design. At the end of XVII in France, then in Germany and England, the blade known as colichemarde came into fashion. Historians believe that the inventor was the famous mercenary Count Philipp von Königsmark, distinguished himself for his exploits in Germany and France. And the name of the blade is nothing like a bad version of the phonetic pronunciation of his surname. Maybe it’s just a beautiful legend, and may be not…

Interestingly that the State Memorial Museum of A. Suvorov in St. Petersburg store the similar sword. The shown colichemarde is noteworthy with its length. One may only guess how tall was the man to be owner of the sword. Though colichemarde itself is a weapon of excellent maneuverability and reliable strong part(“forte”) of blade and absolute penetrating barb, which made ​​it almost universal weapon for civil and military daily life.

In the hands there is perfectly balanced colichemarde, agile and dangerous.”Royal Armouries”, Leeds, UK.

Becoming more graceful and light, about 600 g, and sometimes easier, smallsword no more required in the civilian world a special belt and it hitched to luxurious sling, waist scarf, or directly to the belt Pantaloons. Do you think that fashionable clip for mobile phone is invention of the XX century? Nothing like that…

At the beginning of the XVIII century it was used to carry a scarf sword. In the English-Welsh historian and writer James Howell’s Lexicon Tetraglotton, written about 1659 – 1660 years, might be found the expression “short or scarf sword: spada corta, o spada da banda”. Later, a “sharp friend” was simply a sword to be worn with a suit as dress sword and it was a necessary attribute, as it is today a good watch and a leather belt should fit to the costume.

Steel clip for wearing a smallsword. Drawing from the book “The small-sword in England”. J. D. Aylward.

There was also options of the sword for civil and military officials. In Sweden, it was a drektverya (“drekt” – attire), and in Germany Galadegen. The sword was not just to be in your wardrobe, but also to approach it. And as etiquette demanded strict compliance with the wardrobe at those activities that you had to attend, preferably swords should have been a few. Scottish novelist Tobias Smollett in the adventure novel “The Adventures of Roderick Random, describing the wardrobe of the protagonist, notes that Random had four swords: “two mourning sword, one silver hilted, and one cut steel inlaid with gold”. Any etiquette requires its performance, so fasten a silver sword with a suit for the funeral ceremony was equivalent to that today if you wear a wedding suit with sneakers.

But the mostly known name of sword for modern readers is small sword (also smallsword or small-sword) of course, as a true fashion accessory of British gentleman. It is already difficult to say when and who first introduced the concept of smallsword, because along with the term there used to be others: court sword, dress sword. It reflected in fact not so much the functionality of the weapon as his situational purpose. But all historians are in agreement that the fashion of such weapons was imported to England by Charles II. After his exile, most of the time he was forced to stay in France until the triumphant return to the throne in 1660 after the restoration. A few more time-steps and in front of us there is what we call true small sword. Historians say about the years of 1660-1670, which has a range of evidence in European museums in Copenhagen, Stockholm and Paris. There would be an excellent example of a small sword in the classic Baroque style, made ​​for Louis XIV in 1664, and which is in the museum Musée de l’Armée in Paris.

“Small elegant sword with silver-plated hilt in the XVIII century, was as an integral element of apparel gentleman, like an umbrella in bad weather – in the twentieth century “- wrote Alfred Hutton.

To modern man, middle-aged figure out what was the smallsword for its peers in the XVIII century, it is necessary to think about, without what kind of device does not cost almost no one today – from the young to the old. Of course, this is a mobile phone, smartphone, iPad. In other words, a mobile gadget. So, smallsword was almost 200 years of its kind gadget – a popular, fashionable, necessary, and not less mobile. It should be noted that the modern “mobile phone”, in spite of its technological advancement, compared with smallsword is still a baby, and judging by the technological leaps I am not sure it will survive as long as smallsword does.

Smallsword was an attribute not only of fashion and culture, but also pointed to a certain social status of the owner. It was sometimes much more eloquent than the most exquisite words and deeds. The hilt of the sword could just be of steel, with the usual wooden handle and a simple leather sheath, or could be of a complicated form, where every square millimeter of bronze or silver was unique. Oh, those who adhered to the old fashion, or could not afford to wear this accessory were disappointed. Satirist and writer Ned Ward in magazine “The London Spy”, written between 1698 and 1702, “remarks the respect shown by the landlady of a Wapping inn to his friend, “who had a sword on,” he implies that the good lady’s civilities did not extend to himself who, in his chosen character of a country recluse revisiting the town, had long forsworn such vanities as swords!”

Finally, the sword had risen up to great social importance in England in the first half of the XVIII century, confidently moving towards its peak, crossing the border of applied military purposes and finding the status of a civil social culture, with almost no loss of their fighting qualities and smashing lethality in the right hands. I’m sure that’s what Alfred Hutton meant mentioning the sword:

“An elegant little evil weapons reached the pinnacle of his evolution…”.

In terms of a combination of two very different functional and philosophical incarnations – one brings joy and beauty, and the other death and despair – really, it’s hard to find something like this in the history of European weapons. The life of this “toothy animal” showed the world the great variety of elegant shapes and forms, and has affected many areas of human activity the second half of the XVII – XVIII centuries: blacksmithing, engraving business, jewelry, fencing art, literature, drawing, painting. Sometimes it is difficult to assess what is in the primary stage of changes and borrowing, as well as secondary. But the result is obvious in itself – a unique mark in the history of mankind, inscribed in gold letters by the masters and virtuosos of the blade, and its name – smallsword. 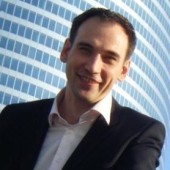 Igor Andreev started to research and practice fencing in 2008 at school of historical fencing "Rencontre" in Saint-Petersburg. His primary weapons are classical French and Italian foil, French and British smallsword, Italian rapier and British singlestick. Today he is a kind of “Freifechter” and practicing theorist. He is intersting in theoretical and practical study of various aspects of tactics and fencing techniques depending on the fencing origins. Promotes ideas of ​​visual integrity and the use of ancient treatises with lowest intervention of the modern knowledge of fencing. He closely collaborates with Saint-Petersburg Fencing Club and other historical and stage fencing school and clubs of the city and Europe. Participates in local tournaments in classical fencing and Renaissance rapier fencing. Takes part at International events in Europe. He has private membership at Accosiation of Historical Fencing (AHF) and The HEMA Alliance. He writes publications and essays, translates from foreign languages. He is editor of online magazine "Histoical Fencing: People, Facts & Events" and other projects devoted to Historical European Fencing.

How to read minds and the value of tournaments

Knightly Arts: A true-hearted letter of warning of the sad state of current Christianity.