In the introduction to The Sword and the Centuries (1901),1 Alfred Hutton mentions a curious incident. His fencing group in the London Rifle Brigade were invited to Belgium to put on a display of historical fencing. What can we discover about this Belgian event? What follows is an overview some literary detective work that reveals Adolphe Corthey, a man in every way Hutton’s equal and the powerhouse behind late nineteenth century HEMA in France.

Hutton names the event in Belgium “L’Escrime à travers les Âges” (Fencing through the Ages) and states that it was presented by the Cercle d’Escrime of Brussels and took place in 1894 at the Theatre de la Monnaie. He reports it consisted of ten small plays set at various points along a timeline from the middle ages to almost the current day, each showcasing the style of swordsmanship typical of the period. These included fights with pole-axes, two-handed swords, case of rapiers, and rapier and cloak among others. Is there any word of this event on the other side of the English Channel?

In the archives of Le Figaro, the event is advertised in the “Letter from Belgium” column in the 16 May 1894 edition of the newspaper.2 “Fencing through the Ages” took place on 21 May at the Scène de la Monnaie featuring an number of fencing luminaries including Captain Alfred Hutton and “the best blades of the United Kingdom belonging to the London Rifle Brigade.” This must be the same event but there are a few significant differences in the accounts, however brief.

Henry de Goudourville in his Escrimeurs Contemporains (Contemporary Fencers, 1899) states that Hutton was invited to Belgium by M. Albert Fierlants, president of the Cercle d’Escrime de Bruxelles, on the strength of Hutton’s Old Swordplay.3 The program reported by Le Figaro includes only eight scenes and lists them in scanty detail: a judicial duel around AD 700, a medieval tournament around AD 1450, a fight in a fifteenth century Venetian market, the Duel of Les Mignons (1578), a fight between the King’s Musketeers and Cardinal Richelieu’s Guard and the bout between the Knight of Eon and Angelo highlighting eighteenth century smallsword. This last was performed by the husband and wife team of M and Mme Gabriel. The program was developed and written by members of the Brussels Press Committee and the article states that the London Rifle Brigade was invited to participate as one of many rather than as the main attraction.

The article also mentions that this event was inspired by a similar event which took place at the Grand-Hotel, Paris three months earlier to immense acclaim. What record is there of this event?

La Grande Dame,4 another French daily newspaper, in its February 1894 collected edition, reports in detail on an event at the Grand-Hotel presided over by M Henry de Villeneuve, president of the Société d’Encouragement de l’Escrime (Society for the Advancement of Fencing, founded 1882 and later joined with the Fédération Nationale d’Escrime to become the current Fédération Français d’Escrime) and written by Adolphe Corthey. The program was similar to the Belgian display in that it included short vignette plays demonstrating period fencing styles: the duel between the infamous Jarnac and Châtaignèrie, the Duel of the Mignons, the Musketeers and and Cardinal’s Guard, and the bout between the Knight Saint Georges, trained by La Boëssière, and the Knight of Eon, trained by Angelo the elder. This last was performed by husband and wife team, M. and Mme Gabriel, who were to feature again in the event in Brussels three months later.

Corthey (1834-1900) is an interesting character. A large and athletic man, his primary fame was won as a playwright of satirical comedies for the Parisian stage but he was equally known as a sportsman achieving great success in shooting, archery, canoeing, equestrian sports and, in particular, fencing. He was a member of the Society for the Advancement of Fencing and an active writer on the subject of all things sword-related. Among his works are a bayonet fencing treatise, a report recommending the adoption of the foil blade with a square rather than triangular cross-section for duelling, and, more importantly, his history of fencing from its presumed origins to the present day called, L’Escrime à travers les Âges (Fencing through the Ages, 1898).5 His fervent support assisted in introducing Hungarian sabre into France and having sabre accepted as a fencing discipline.

Fencing through the Ages is worth reading by anyone with an interest in historical fencing. It has a decidedly French take on the history and development of the sword from the use of the two-handed sword, surprising everyone with its sophistication and completeness, to the French attempts to break away from Italian-dominated fencing of the sixteenth and seventeenth centuries, characterised initially by Henry de Saint Didier then by Thibault and later by Besnard and Liancourt, etc. Angelo and La Boëssière are the last of the masters to be discussed as French fencing comes into its own.

His book, dedicated to the Society, takes us to the final step in the chain. The preface mentions displays presented at the Grand-Hotel and Cirque d’Été in 1894, achieving such success that they were re-created throughout Europe including in Belgium. The book is a record of the then current understanding in French fencing circles of the history, progress and development of fencing from primitive times until the present. It also claims that there is no record of old-time swordplay being presented in this manner before Ernest Molier, well known impresario and equestrian, gave a small program of historical fencing in his annual gala at the Cirque Molier on 11 June 1887.

Le Monde Illustre6 reports that Molier’s event, attended by a who’s who of Parisian high society, included among the more usual circus spectacular displays, a demonstration of historical fencing in the form of vignettes written and directed by the well-respected playwright and fencer, Adolphe Corthey.

Is this the first display of historical fencing on the Continent? No records of other events are forthcoming so there is little reason to doubt the claim. Perhaps there were displays of a single specific period or a of a particular period weapon associated with a particular event, say, a medieval tournament recreated to commemorate a particular event. The idea of presenting a series of displays illustrating the development of fencing as a timeline appears to be truly novel.

Sadly, Adolphe Corthey has been largely forgotten. He was evidently one of the powerhouses behind not only the popularisation of modern sport fencing but behind much of the nineteenth century interest in HEMA in France. He deserves to be better known and appreciated. He deserves to be returned to his right place among the pioneers of modern HEMA. 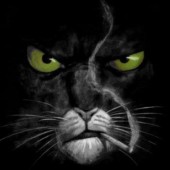 The use of the saber in the army of Napoleon: Part IV – Wounds caused by the saber