Here is a rough diagram that tries to explain the core mechanics that go through all of Meyers fencing and which are the foundation for the footwork and weapon mechanics, regardless of weapon.

These mechanics apply to pretty much all of Meyer’s teachings, with somewhat different emphasis for especially rappier and dagger. They unlock certain things in regards to moving & coordination as well as extension & reach. It also makes it easier to fight multiple opponents as you can change direction easily by just looking in the opposite direction, already prepared in stance.

Somewhat unusual to some, this also includes moving the body crosswise with the wrong foot forward, but more importantly gives stability, strength and control, speed & power, even with heavier weapons, while also enabling you to quickly cover your line and also prepares your feet for stepping, twisting them into the position you step to. Combined, this means you get more choices of action, mid-motion. Basically, you shouldn’t struggle against the movements of your own weapon but rather learn to identify opportunities where you can change your movement with ease and little effort. Fight the opponent, not your own weapon.

These mechanics can be used on both sides, depending on which foot you lead with at the time. All of Meyer’s guards are included in the same mechanics, more or less regardless of weapon.

Also the angles aren’t exact. The Zornhut stance, e.g. has the rear foot angled along the center line, but the similar polearms Nebenhut stance on the right side has it angled. Finally, there is no attempt to depict relative positions or angles between the fighters.

The diagrams show stances, angles and feet placement from above. The terms ”Wechsel” and ”Kreutz” are here used liberally to point to key features, seen e.g. with the longsword Tag image, the dusack ”halfswording” or the halberd/staff Nebenhut. In this instance the terms do not refer to the longsword stances Wechselhut or Nebenhut.

Elliptical figures show the torsos of you and your opponent, with the smaller ellipses indicating your feet position and angle, relative to your torso. The larger black lines indicate the angle of your hips and shoulders that are often kept aligned, especially in some parts of movement.

The movement is simple with your torso perfectly centred over your hips and the weight somewhat shifted forward towards the front foot. Twist towards your right, shifting the weight towards your back foot while you adjust the angle of the feet, thus showing your back to the opponent, looking over your left shoulder. Continue the movement so that you come back into the stance you started in, but continue twisting towards your left side, entending your right side forwards as far as possible and shifting your weight somewhat more forward, raising the heel of your rear foot while twisting the front foot out.

Looking to Meyer’s 1570 treatise we see the following images following the left-lead and out by the right side, passing through or ending in stances like Wechselhut, Mittelhut and Zornhut:

Pay attention to the lines on the floor as they consistenly show 90 degree angles and help us understand the angles of the feet.

Likewise, striking or parrying crosswise, we find e.g. these:

See right fighter in the pair at the back, right corner

Note the similarities in stance with the four examples above, and in particular feet, hips and shoulders.

Applied to the quarterstaff this somewhat sloppy clip shows how it can be done.

Note that this is just a drill though, and the leading foot is not always twisted the way it would be in sparring, where you step back and forth, nor does it depict any attempt to counterattack and both latter examples would require twisting the front foot more when striking down by one’s left side.

I will make sure to shoot a clip showing all this more clearly, including how it ties in to moving, stepping and other weapons. So stay tuned for part 2…

Historical overview of the Vadi family 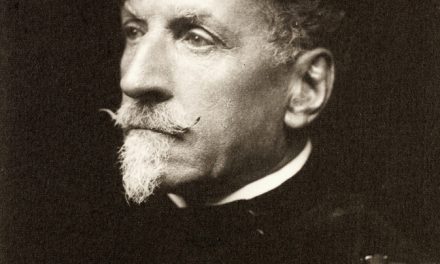 In memory of Cpt. Alfred Hutton 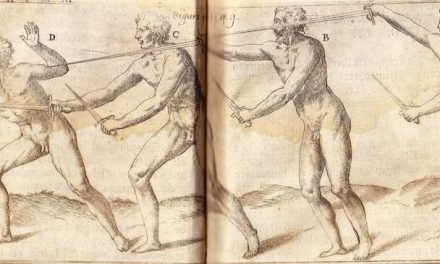